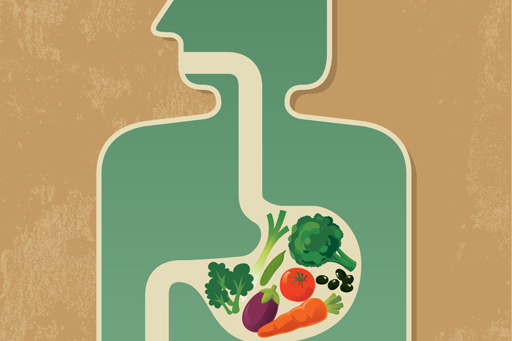 The vast majority of digestive issues are often treatable with lifestyle changes and OTC products, but pharmacists can still play a key role in helping customers with any issues and helping those with chronic conditions to manage their symptoms. Gastrointestinal (GI), or digestive, health covers a multitude of issues, from temporary heartburn or constipation to long-term conditions such as Crohnâ€™s disease or gastroesphageal reflux disease (GERD). Wind, bloating or flatulence (62 per cent) top the list of problems, according to the latest research from Mintel, followed by indigestion (53 per cent) and diarrhoea (50 per cent). Overall, the organisation found that 86 per cent of British adults had suffered some sort of GI-related ailment in the past year, with women more likely to suffer than men (88 per cent compared with 83 per cent).

Confusion about what constitutes a GI problem is common among sufferers, according to Julie Harrington, CEO of the digestive charity Core (see corecharity.org.uk for information).

â€œQuite often, people simply view digestive issues such as heartburn or indigestion as a by-product of a busy life,â€ she says. â€œWherever possible, weâ€™d like to see pharmacists and their assistants reinforcing the message that medication isnâ€™t something that you simply scoop up with the car keys in the morning.

â€œWhile very rare, four out of five of the least survivable cancers are GI-related (stomach, pancreas, oesophagus and liver), so any recurring problem or issue that continues for more than 14 days requires a visit to the GP.â€

According to a spokesperson from Nexium Control, a one-a-day OTC tablet for heartburn sufferers, when giving advice to customers it is important to help them understand what is normal for them and not ignore any new or worsening symptoms. â€œMany sufferers could have been struggling on with a GI condition such as heartburn for a number of years,â€ he says. â€œSo part of the advisory process should also be about reassessing what normal should be for this customer.â€

As well as identifying any associated red-flag symptoms, which can often present as digestive issues, Ms Harrington insists that pharmacists are well placed to suggest any changes that could help with overall good health.

A more holistic approach involves offering dietary advice, as well as helping customers to make the connection between poor digestive health and other factors.

Mintelâ€™s study found that stress is widely seen as the most likely contributor to GI problems, with some 30 per cent of adults who have experienced GI issues in the past 12 months making the association. This was followed by poor diet (26 per cent), lack of sleep (17 per cent), alcohol consumption (14 per cent) and viral infection (14 per cent).

Market research organisation IRI says that the GI market is reputed to be worth an estimated Â£295.6 million, having increased from Â£269.7 million in 2013. Indigestion remedies account for the bulk of this, standing at Â£141.7 million, followed by diarrhoea treatments (Â£53.9 million) and laxatives (Â£50.5 million).

Sales of OTC products within this sector are on the increase, but Mintel points out that sufferers are not as eager to spend their money on remedies as one might expect, with only a third of respondents stating they would buy GI products. A further 38 per cent claimed they didnâ€™t understand which product to choose. This highlights a clear opportunity for the pharmacy team to improve the support they offer and benefit from any associated sales.

â€œTraditionally, Christmas and summer have been the key periods for GI sales, but we are starting to see these periods extend,â€ says Nexium. â€œHaving an awareness of the products that are the most successful â€“ and that are set to grow in popularity [during these periods] â€“ can help pharmacists make the most of OTC sales by reordering the shelf displays appropriately.â€

We are what we eat

Maintaining a healthy, balanced diet is an important first step in tackling the underlying causes of digestive issues, according to Matthew Perkins, European category nutrition business partner at Kelloggâ€™s. â€œIn the UK, it is recommended that we should all eat at least 30g of fibre every day,â€ he says. â€œHowever, according to the latest National Diet and Nutrition Survey, fibre intakes in the UK are woefully low at about 14g per day for adults.â€

Boosting fibre intake can be particularly helpful during pregnancy, when a womanâ€™s hormones can slow the digestive system down. Older people also become susceptible to problems as the gut ages. Hydration, staying active and maintaining a healthy diet should always be primary advice.

Ms Harrington points out that customers are also entitled to tailored support from a dietician.

â€œVery few people realise this is a service provided by the NHS, but itâ€™s something that anyone can request from their GP and it can make a big difference in terms of finding long-term and workable solutions,â€ she says.

Researchers are placing an increasing emphasis on the microbiome, linking the levels of flora and fauna in the gut with GI health as well as peopleâ€™s overall sense of wellbeing, happiness and even our ability to sleep. According to the probiotic brand VSL#3, results from its clinical trials suggest improvement for patients suffering from the symptoms of IBS.

â€œThis trend towards polybiotics, or multi-strain bacteria, is set to become a hot topic,â€ says Ms Harrington, â€œand itâ€™s increasing our overall fascination with the gut, which is a brilliant development in itself. What we really need to do is stop seeing GI issues as a separate thing and realise that everything is interconnected. It wonâ€™t be long before we see people looking for products to maintain healthy bacteria levels, rather than looking to address particular issues.â€

Even with a diagnosis, chronic conditions such as irritable bowel syndrome, which is said to affect one in five people in the UK, are notoriously difficult to treat, with symptoms varying between patients. Pharmacy members, 88 per cent of respondents complained they were not offered enough support when diagnosed. A further 83 per cent felt they would benefit from more help from a healthcare professional on how to manage their symptoms.

â€œPharmacists are well-placed to advise and support those with long-term health conditions such as IBS, particularly as self-management is the NICE-recommended approach,â€ says Dr Pritash Patel, a consultant gastroenterologist and chair of an IBS clinical advisory panel convened to discuss the findings.

â€œThose with IBS can find it difficult to talk about their symptoms, however, which may cause them embarrassment, so itâ€™s important to offer customers a private space in which they can feel more comfortable to talk openly and in more detail about the issues they are experiencing.â€

Pharmacy teams can be particularly helpful in assisting customers who have yet to find something that works for them, according to Bayer, which recently launched Rennieâ€™s triple-action product to tackle the symptoms of heartburn, indigestion and wind.

Catering for individual preferences is key. â€œSpeed of onset is top of the list for many people, followed by how convenient a product is to take,â€ says the brand. â€œTablets are also the preferred option for many, according to Nielsen research, accounting for 70 per cent of sales in the category.â€