The lowdown on child health

In October 2018 the Royal College of Paediatrics and Child Health (RCPCH) published its report Child health in England in 2030: comparisons with other wealthy countries, which used long-term historical data to project child health outcomes.

Children and young people aged up to 19 years make up 24 per cent of the population of England, and there are now about 15.5 million children and young people aged under 20 years in the UK. Their health will be one of the factors that will determine whether the UK is healthy and prosperous over the next 50 years. The report revealed that child health is lagging behind other European countries and child mortality could be 140 per cent higher than other nations by 2030. It focused on five main areas: infant mortality, mental health, obesity, accident and emergency attendance and outpatient attendance.

But many other areas of child health and wellbeing continue to garner attention, including social media usage and screen time and the harmful effects of air pollution, alongside longer-term concerns such as immunisation rates and oral health.

In recent years, there has been a drop in uptake for many childhood vaccinations, not just in the UK, but all over the world. Europe has had record-high levels of measles following the low uptake of the MMR vaccine in some countries.

According to NHS Digital, the proportion of children receiving the MMR vaccine by the age of two years fell to 91.2 per cent in England in 2017/2018 from 91.6 per cent the year before; 87.2 per cent of five-year-olds received both MMR vaccines. This is well below the 95 per cent recommended by the World Health Organisation.

In March, Professor Helen Bedford of the RCPCH said there was no need to make vaccinations compulsory. “For people who are undecided about vaccinations, compulsion could make them resistant, and making it compulsory would have little effect on determined vaccine refusers,” she says. “It is also not a productive way to cultivate public trust. Vaccinations are straightforward, effective interventions that give long-term protection. We highly recommend vaccination and anyone who has concerns or questions should talk to their health visitor, practice nurse or GP.”

Measles is a highly infectious disease that can lead to serious consequences for those infected. Dr Doug Brown, chief executive of the British Society for Immunology, says that efforts should be redoubled to ensure that vaccination rates improve. “The Government needs to work with the NHS and local authorities to prioritise immunisation services and learn lessons from regions that are performing well,” he says. “This includes making sure that services are accessible and that parents have ready access to reliable, evidence-based information about the huge health benefits that vaccines offer.”

It isn’t only the uptake of vaccinations given to younger children that needs to improve. Uptake of the HPV vaccination, routinely offered to girls aged 12 or 13, isn’t as high as those for the other childhood vaccinations. According to Public Health England, 83.8 per cent of year 9 girls completed the two-dose HPV vaccination course in 2017/18.

In October 2018, the Joint Committee on Vaccination and Immunisation (JCVI) reported that, although vaccine coverage in younger teenagers with MenACWY through the school-based programme is high, coverage among school-leavers and young adults who are eligible for the vaccine is lower. There have been recent spikes in meningitis cases and the JCVI believes that optimum coverage of meningitis C can only be achieved if this vaccination coverage is improved.

In December 2018, the Royal Society for Public Health (RSPH) published its Moving the needle report on vaccinations in the UK. Although 91 per cent of parents agreed that vaccines are important for their children’s health, the report revealed that public concern over side effects, especially the MMR vaccine, continues to be a barrier to uptake, fuelled by fake news on social media. Two in five parents with children under the age of 18 said they are “often or sometimes” exposed to negative messages about vaccinations on social media. This rose to half of parents whose children were under two and 47 per cent whose children were under five.

Timing, availability and location of appointments were identified as barriers to vaccination by both the public and healthcare professionals, especially for working-age adults and parents. The RSPH recommends that vaccinations be offered in a more diverse range of locations, including high-street pop-ups, gyms and workplaces, using the wider public health workforce.

RSPH senior policy and research executive Toby Green says pharmacists are also in a good position to increase uptake. “Part of this could involve pharmacists giving reminders to people to attend vaccination appointments, which we know is effective,” he says. “Pharmacists are also well placed to have frank discussions about vaccine myths. The mistaken belief that it is possible to have too many vaccinations, for example, is still held by more than a quarter of the public. Pharmacists know their customers and are well trained in how to approach these conversations.”

In an RSPH survey, 90 per cent of the public agreed that pharmacies would be convenient locations for vaccinations.

Childhood obesity remains a serious health concern in the UK. Obesity rates are highest for children from the most deprived areas and this situation is getting worse. There’s evidence that overweight children become overweight teenagers and then overweight adults, which often leads to short-term and long-term physical and mental health problems.

The House of Commons Health and Social Care Select Committee published its report Childhood obesity: time for action in May 2018. According to the Government’s response in January 2019, data from the National Child Measurement Programme (NCMP) for 2017/18 shows that the prevalence of obesity in reception year children (aged four to five) is 9.5 per cent. In year 6 children, the prevalence is now more than 20 per cent. The prevalence of obesity more than doubles from reception to year 6.

According to the RSPH, only one in five parents says they received useful information or support from the NCMP. “Our report on tackling the UK’s childhood obesity epidemic called for improved training of people working with families, which includes pharmacists,” says an RSPH spokesperson. “Pharmacists could promote breastfeeding, give nutrition and healthy-weight advice, and empower parents to set healthy examples. Although it’s important to start good habits during early years, pharmacists could also promote advice to teenagers on the importance of having a balanced diet and adequate physical exercise. It will take a whole-systems approach to address childhood obesity, but pharmacies have the potential to play an influential role.”

According to the British Dietetic Association (BDA), interventions to prevent obesity should begin early in life, ideally during the pre-school years or even before a baby is born, during pregnancy. “Much of the research suggests that prevention and early intervention are most effective,” says Aisling Pigott, registered dietitian and BDA spokesperson. “This is where clear, consistent and supportive advice from healthcare professionals such as pharmacists would be really powerful. The biggest problem is that we don’t really have gold standard child and adolescent weight management services because it is such a difficult problem to address. Health boards and health trusts across the country are not investing the necessary money into this ticking time bomb.”

No single solution can reverse childhood obesity, so a combination of measures is required. These should include:

Ms Pigott says that all healthcare professionals should be striving towards supporting public health strategies. “Front line pharmacy staff are ideally placed to act as as health ambassadors,” she says. “Many new mums will be visiting pharmacies for Calpol, teething lotions, etc, providing an opportunity to discuss challenges that could be the difference between cessation of, and continuing, breastfeeding. Equally, upskilled clinicians working with children and families could be ideally placed to support sugar-reduction strategies and give evidence-based advice/signposting.”

Approaches to childhood obesity need to be encouraging and destigmatising. Ms Pigott says that, for many parents, seeking support or addressing their child’s obesity is a scary and daunting task. There’s a fear of being judged about food, lifestyle and diet. “There is no evidence that scaremongering or instigating fear has any impact on a family’s weight,” she says. “There is, however, evidence that guilt or restrictive attitudes to food within a family leads to weight gain. Pharmacies could be promoted as health hubs and provide an opportunity to discuss concerns or clarify issues with non-judgmental, supportive and consistent advice to include positive relationships with food, promoting parental weight management and signposting to services. From a personal perspective, I would be cautious about pharmacies being used as a weight management service, as we know that childhood obesity can, though not always, come as part of a complex package, where disclosures and other issues may become apparent.”

In February 2019, Boots rolled out its private chickenpox vaccination service to 294 branches across the UK, aimed at people aged one to 65. Chickenpox is often seen as a natural part of childhood and affects children under 10 years. The vaccination isn’t part of the routine UK childhood vaccination programme as the symptoms in children are usually mild. However, the infection can occur at any age and the symptoms tend to be more severe in adults.

Dr Stephanie Ooi, a GP from MyHealthcare Clinic in south-west London, says most children with chickenpox don’t need to be seen by their GP. “While traditional remedies such as calamine lotion have long been the go-to home treatment for chickenpox, there are newer mousse products available on the market that can help,” she says. “These can be easier to use than creams or lotions because they are less messy and don’t require rubbing into sensitive, rash-covered skin and often provide additional benefits. Another natural remedy to soothe the discomfort and itching is to take an oatmeal bath, which helps to prevent the spread of infection from one part of the body to another. Some children also find baking soda soothing.”

If chickenpox causes other symptoms, such as pain, headaches or fever, parents can give their children junior paracetamol. Ibuprofen is no longer recommended for chickenpox as it may cause serious skin and soft tissue infections. Occasionally, chickenpox can cause complications, so parents should take their child to a GP if:

Get ready for the new school term 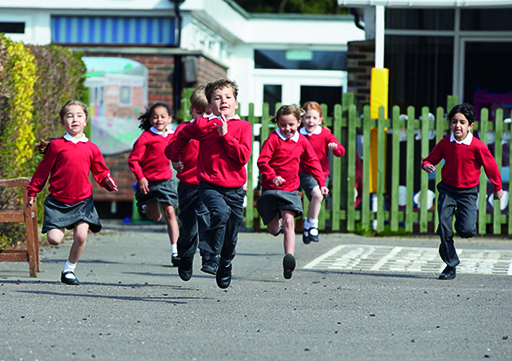 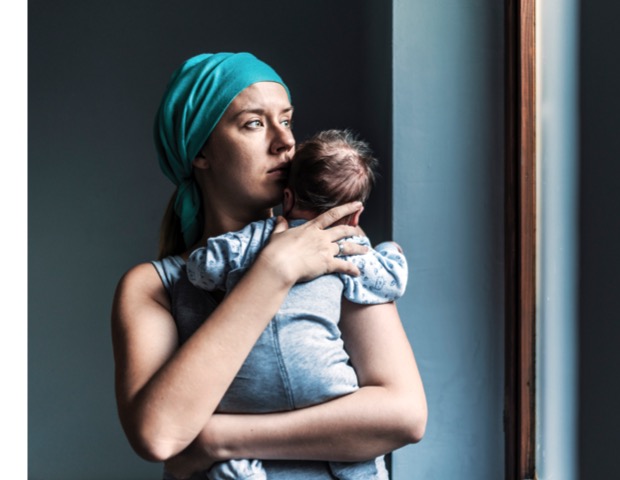 Haircare has room to grow