There seems to be some debate about whether dispensary automation can improve safety. On a straw poll of the six pharmacy owners and managers who have helped so far with this series, there’s no doubt about it.

“Errors have massively dropped, especially the picking errors we used to have, especially when we were busy,” says Usmaan Hafiz, responsible pharmacist at Kepple Lane Pharmacy in Garstang, Lancashire, where a 11m BD Rowa Vmax was installed this February. “Errors now are not to do with the robot, but to users labelling incorrectly. The robots are only as good as the user.” He says they now provide additional support for new users, but that overall errors are down by more than 50 per cent, “easily”. Near misses have reduced by 60 per cent.

Lucy Dean, superintendent pharmacist at Dean & Smedley, agrees. They have BD Rowa machines in two of their ten pharmacies, in Woodville, Derbyshire and Ashby-de-la-Zouch,  Leicestershire. “It has definitely decreased the number of errors. We probably have as many quantity errors as before – it is very easy to think the robot is right, but you might only need half a pack – but those are now the main errors.”

Peter Thnoia, superintendent pharmacist at Rose Street Pharmacy in Wokingham is unequivocal. “It’s amazing, honestly,” he says. “We’ve got rid of 99 per cent of the picking errors that occur, and we’ve simplified the job for the dispensers so they can look at the clinical aspects of the job they are doing.”

He says his experience over the past five years working with his BD Rowa Vmax would make him want to go further. “You can’t get this level of precision, and we are miles behind where we should be. If we had a bigger budget, you could get one of those autolabellers in, straight onto boxes. It would be so smooth, and we would spend our time doing the digital bit and giving really good advice to customers.”

Jon Flitcroft, manager at Albert Wilde in Fleetwood, says picking errors are “non-existent” out of his 11m Vmax. “It’s so much safer. There used to be baskets everywhere. Deliveries. Waiting for people to call back. It was an accident waiting to happen.”

It's so much safter. There used to be baskets everywhere. Deliveries. It was an accident waiting to happen

Reduced stress from errors and the implementation of streamlined workflows that play to the robot’s strengths means the word most often used on our visits to automated pharmacies to describe the post-install atmosphere was “calmer”. Kepple Lane is a very busy pharmacy, since the 100-hour pharmacy also provides services for the dispensing practice that occupies the same building. The team have done over 4,000 items on a Monday before now, but Usmaan Hafiz says “it’s definitely calmer. There is no rushing around now.”

Our robot owners were all clear about one thing to maximise the operational efficiencies of introducing automation. “You have to change the way you do things,” says Lucy Dean. “The pharmacists at Woodville have a self-checking SOP with the robot for the acutes that is going well.”

Usmaan Hafiz says processes at Kepple Lane have changed “drastically”. He says: “We’ve had to adapt.” They have changed where and when the clinical checks for many prescriptions are done; when we visited the dispensary the “no longer necessary” baskets were piled on every spare shelf. “It’s actually difficult to remember how we used to do things.”

Jon Flitcroft says the team at Albert Wilde tried to plan in advance. “We had to think about how we did things. Before people went to the shelves. Now the work comes to them.”

The shift to automation has been championed by officials, and by some investors in automation in the large chains as a means of creating capacity for pharmacy teams to do more, and particularly to facilitate moves to a more service-oriented role.  In the experience of those pharmacists we have visited and asked, does that happen?

Priyanka Chandarana, who works as a clinical pharmacist at Sonichem in Braunstone in Leicester, says dispensing 18,000 items a month is “an absolute breeze. With it being so streamlined, we have the time, the ability and the manpower between us [she works in the pharmacy with owners Pradip Mavji and Amit Pattni] that we can do other things as well.”

To accommodate the robot, the old dispensary has now been turned into a consultation room where Priyanka runs regular clinics, including structured medicines reviews run in conjunction with the local GP practice. She recently added phlebotomy to the services offered, and the pharmacy hopes to become a yellow fever centre shortly as they add travel vaccinations to their offer.

Amit adds: “Could we do anything like this in the old traditional model, with no robot? Not a chance. We used to make people wait so we could talk to them. Now we are on the front desk.” 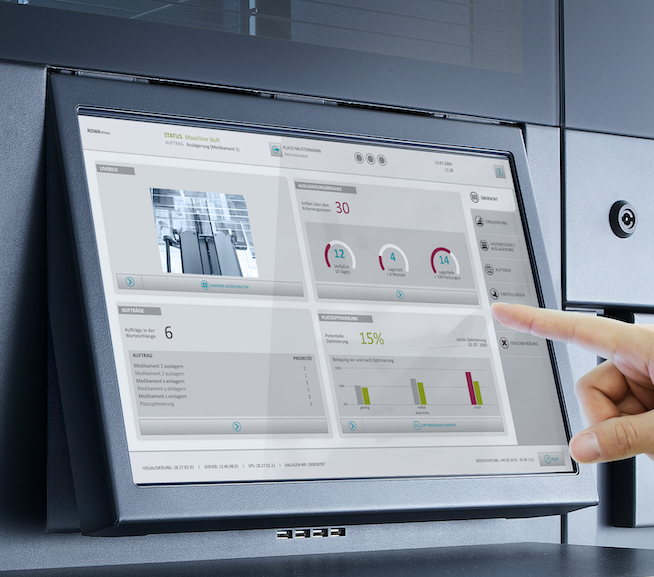 But some of the biggest capacity benefits come from exploiting the facility to use the robot’s functionality to put stock away. Jon Flitcroft says that at Albert Wilde they used to employ someone to put the orders away. “The robot does all that now,” he says. “There used to be stock everywhere. It was organised chaos.” After the robot arrived the member of staff was redeployed in another branch in the group.

There are advantages too in improved cashflow due to reduced stockholding. Jon Flitcroft says their stockholding reduced by a third in the first year in their 20,000-plus item a month pharmacy. The recent stocktake this year saw a further streamlining of £20,000. “That was a huge lot of cash sitting there. And the volume of out of dates has gone down massively too.”

Lucy Dean says the installation of a robot decreased their stockholding “quite a lot” at Woodville, though they have some work to do at Ashby, where installation coincided with a relocation. “We were horrified by how much stock we had when we moved,” she says. “We are now using a report from the robot telling us about stock that hasn’t moved for six months and we are distributing that around the other branches to get it used.”

But the most interesting spin off cited by our pioneers is that automation gives them the mental capacity to think about other things they could be doing. At Kepple Lane, they’ve upped their game as a Healthy Living Pharmacy. “It came to a point where we had staff wandering around asking what they could do,” Usmaan says. “We had to plan. Now we do healthy living consultations, we can do health checks. We have one member of staff who’s a smoking cessation quit squad advisor and her books are full. For me, I go into the consultation room, and do MURs, think about other things. We plan to start doing travel clinics and private services in the evenings.”

That experience is mirrored at Albert Wilde. “We’ve diversified,” says Jon Flitcroft. “We have three people who can now do health checks. Our accredited checking technician is now a smoking cessation advisor. Laura, my second pharmacist, does most of the services. We do forty NMS a month – we’re probably doing as many as are available to us.” 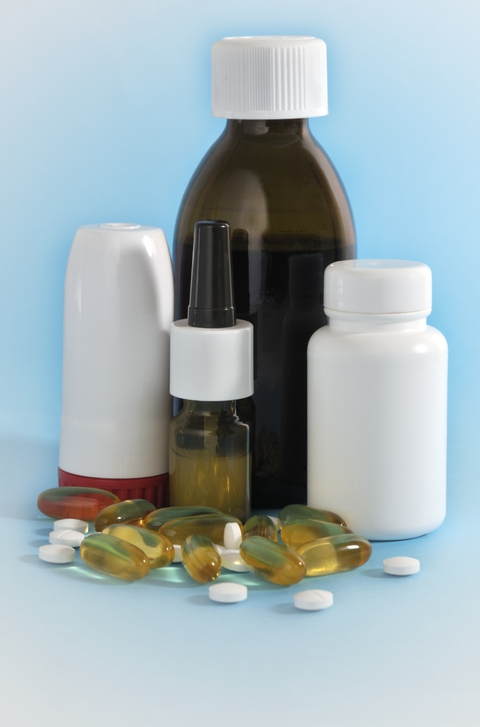 We need to talk about specials