A flexible friend for retail

Independent pharmacies have access to a new retail scheme described as having supplier relationships and retail skills training usually only available to multiple chains, and with, it is suggested, the potential for up to 25 per cent increase in retail sales.

Rather than handing over the store completely, emphasis is on a ‘partnership’ approach, with a degree of flexibility allowed within the scheme for a pharmacy’s local stock requirements. 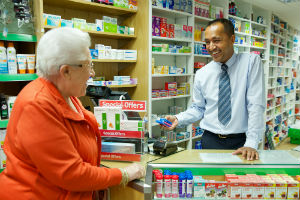 Twenty pharmacies, including Raj Patel’s Mount Elgon Pharmacy(pictured left), have taken part in a pilot of the scheme and have shared their experiences, says Alphega’s head of operations, David Alexander. He says: ‘Because it’s a partnership, I fundamentally believe that it’s going to be better. What we’re saying is, use all of the insight and the tools that we have access too. We will use all the information we’ve got to come up with a professional planogram, and we’ll also give you the flexibility to make your plans fit your local environment.’

Mr Alexander says the scheme comes from the insight from members that they are good at dispensing and customer care, but many say that they find retail more difficult to grow.

The scheme claims the potential for up to 25 per cent increase in retail sales, based on the experience of the pilots. But it’s difficult to tell how a particular pharmacy will perform in advance, he says, ‘because I don’t know the standard of the shops that we are going to be working with’.

But he expects to see an improvement from most. ‘The more difficult ones tend not to be the ones that are overstocked, but it’s the ones that are sparsely stocked because they haven’t got the confidence to know what to buy. You can increase your shelf density.

Suddenly a 25m shop has more selling space, and it is easier to shop as well.’ A consultant will work with the team, and devise a specific solution for that pharmacy. ‘Let us do the work, and you can invest the time that your staff can save for active selling.

For example, how do you decide which varieties of Lynx you be should selling? It’s not just the ones that are on offer at Booker. You make your profit on the last three of the 12 products that you’ve bought, and if you only sell three then you don’t get to realise the profit on that.’

The scheme asks for compliance with the key lines featured within the scheme and ‘reasonable’ compliance for their ‘recommended’ lines of health and beauty products. It’s a free initiative for all Alphega members. 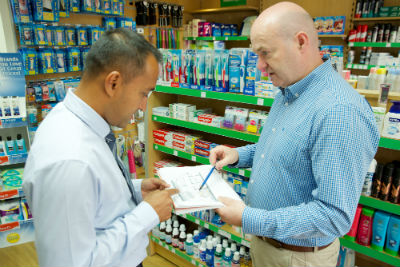 Manufacturers and suppliers also benefit from the scheme, offering consistent placement and presentation of their products in pharmacies. This is something ‘previously difficult to attain across large numbers of independent pharmacies,’ says Mr Alexander.

There will be some synergies with promotions running in Boots, such as new launches, he suggests.

'Buying products badly is an enormous drain on the capital of the business, and your ability to effectively use the space that you’ve got.

Pharmacies spend an awful lot of money on rent and rates and it’s really important that a pharmacy maximises its return on that. The wrong products in large quantities is a problem that we see in virtually every pharmacy that we visit.’

So, how do you understand what customers want? ‘You first want to understand what does and doesn’t sell. Most, in my experience, are not using their Epos system anything more than 10 to 20 per cent of its capability. We analyse the Epos data to help them to understand this.’

Active selling is key to improving sales, says David Alexander. ‘It’s about talking to customers about the product that you’ve got and getting them enthused and excited about what you’ve got to sell.
Pharmacies are very good at generating footfall, but then tend to only ask people if they would like to wait or come back later. Get into conversation with customers and begin the process of finding something that they might be interested in.’ 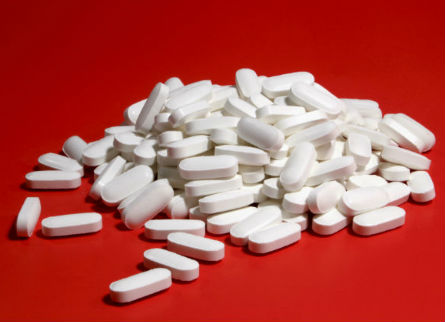