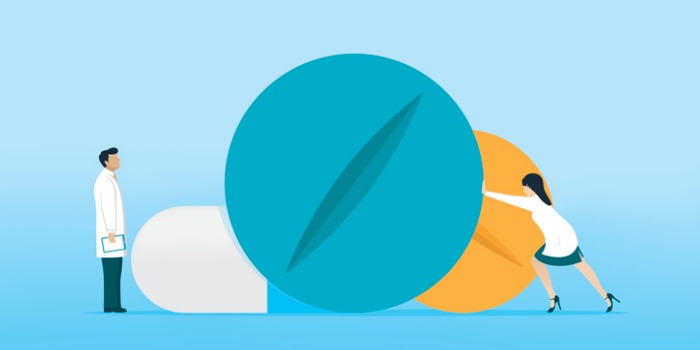 The latest figures from the Association of Pharmaceutical Specials Manufacturers (APSM) show primary care spend on specials in England was £50.7 million in 2019/20. Although this sounds like a lot for medicines most people have never come into contact with, the Association says the annual cost to the NHS of unlicensed medicines across all four nations has declined over the decade since the Specials Tariffs were introduced to less than half of what it was 10 years ago. The number of specials prescribed shows a shallower decline, but the average cost of a special preparation in England is now at its lowest point, at just £111.

Clinicians across pharmacy and general practice appear to share a measured attitude to the use of specials. Dr Graham Stretch, clinical director at Brentworth Primary Care Network, director and chief pharmacist at Argyle Health Group and senior pharmacist at Ealing GP Federation, believes there’s a place for specials, but says: “There has to be a justification for their use – we need to make sure we are not having them dumped on us by secondary care.”

Dr Stretch says he still gets requests for specials, most commonly for dermatology preparations. “I use the British Association of Dermatologists’ (BAD) list of what it justifies for specials use and I nod them through generally,” he says, “as I do with those for rarer conditions, if it comes with a good letter from secondary care with a care plan and reasons why existing licensed preparations are not usable for that patient. I also refer to the North West London ‘red list’ and will push back on a request if it’s for something that appears on there.”

However, the pandemic has required this to be overlaid with some pragmatic flexibility. “We have had to be realistic about people’s ability to go to hospital, especially those who are clinically vulnerable because we don’t want to expose our patients to unnecessary risks,” he says.

One GP, who used to sit on their local CCG and thus prefers to remain anonymous, says: “While I don’t think there is a 100 per cent ban on specials, you do have to work hard to justify them. Liquid preparations are a common request, but as most adults can swallow solids or have capsules that they can break open and sprinkle onto their food, we would have to be able to show they cannot be relied on to do this themselves if we were going to prescribe a special.”

Nonetheless, this GP says that they are not actively looking to reduce the prescribing of specials, but stresses: “I only say that because I almost never prescribe any, so the ones I have prescribed have had a real justification for them – for people with swallowing disorders, post-stroke who can’t manage with having medicines mashed up, or for people with cerebral palsy.”

Pharmacy owners, too, don’t seem to have a huge amount of interaction with specials these days. “We hardly do any, and we hardly ever did,” says Lindsey Fairbrother, PCN lead and owner of Goodlife Pharmacy in Hatton, Derbyshire, who adds that she has no qualms about them. “It’s about patients getting access to medications if they have difficulty, so as long as doctors don’t mind, I’ll do it,” she says. “However, it should absolutely not be looked on as a money-making activity, as that’s not ethical. If we can find a better solution on the market, let’s do it, but where patients need specials, I’m happy to carry on.”

Tony Schofield, superintendent pharmacist and owner of Flagg Pharmacy in South Shields, Tyne & Wear, says there is less demand for specials, even compared to five years ago. “This may be because there are more pharmacists working in general practice”, he says, “but to be fair, a lot of community pharmacists I am aware of with good relations with GPs would point out if there was a branded alternative to specials anyway, which I’ve always thought is good practice.”

Mr Schofield also predicts there will be fewer specials providers as time goes on, but adds: “I don’t think they will disappear. Not one size fits all, although it may turn out that pharmacogenomics will end up having a bigger influence on therapies than anyone is prepared to think about at the moment – if it’s easier to predict successful therapies then fewer specials could be required, and perhaps this is an opportunity for specials manufacturers to branch out?”

Medicines optimisation could be adding to the downward trend in specials prescribing. “GP practices do their own medicines optimisation these days, rather than someone at the CCG telling us what to do,” says the GP, “and we certainly looked at all the patients on specials a while back to work out if they need it, just like we’d review anyone on any medicines.”

As PCN pharmacists are also required to review patients in care and nursing homes as they fall into the medicines optimisation regime in the PCN Direct Enhanced Service, Dr Stretch says he would “expect pharmacists to be mindful of patients using specials and see if they are still justified, if they are still helping the patient, and that there is no suitable licensed alternative”.

However, in this situation, he points out that the “optimisation machinery” can be more important for patients in care homes to provide specials for their later needs. “PCN pharmacists have to have a mind for prescribing and deprescribing both ways,” he says. “I’d just as much expect them to start specials if that’s justified – indeed the Gallagher STOPP/START paper [a screening tool that enables the prescriber to appraise an older patient’s prescription drugs in the context of his/her concurrent diagnoses] has ‘start’ as well – but this needs to involve a conversation with the patient ideally, if not a relative or carer. All of these are factors in the PCN scope of practice that we want pharmacists to take into consideration. If there’s a licensed alternative then I would recommend it, of course, but we have to do what’s best for our patients as well.”

Brian Fisher, chair of the APSM, says reductions in prescribing because of licensing changes are another factor in the steady, year-on-year decline of the specials market, aside from medicines optimisation activities and the reduced cost of specials. He says this is “partly driven by the licensing of products previously available as specials, correctly prohibiting their availability in an unlicensed form. It happens where a special that has been formulated and prepared to meet a patient’s unmet clinical need is eventually prescribed in sufficient quantities that it becomes commercially viable to apply for a licence.”

The process from receipt of prescription through production and rigorous quality control to despatch is often designed to fulfil just a single prescription and therefore not dependent on volume, but due to the rigorous quality criteria required by the MHRA to maintain a Specials Licence, the cost of entry to this market is high.

These downward trends might ultimately make the manufacturing of specials unviable, but Mr Fisher has confidence in the adaptability of the Association’s members. “The industry continues to work hard to provide value for money to the NHS, whilst still maintaining the highest levels of patient safety,” he says. “Each APSM member has invested in facilities and infrastructure to support this highly personalised method of manufacture. Almost all have a broad commercial portfolio and provide other specialist services to the pharmaceutical and life sciences sector, so they can continue to support specialist manufacture and ensure the sector is sustainable.”

Mr Fisher believes the need for bespoke formulations to meet the individual clinical needs of patients will continue to exist, with what he calls “a core product group that will form the backbone of the market and be regulated through tariff pricing and the continued movement to licensed products”. There are also new products which will be served by the specials sector, such as medicinal cannabis; Mr Fisher suggests the sector has “an important role to support access to these innovative therapies”.

In the short term, many are predicting an increase in acute and long-term health conditions due to missed opportunities to diagnose and provide prevention treatment during the pandemic. Mr Fisher says this maintains a role for unlicensed medicines to improve adherence, access to therapy and reduce the burden on the health system. “This otherwise unmet patient clinical need is the driving force behind the specials sector and where the sector will continue to offer greatest value to the NHS,” he says.