With a new group of chief executives at the community pharmacy bodies, what can we expect from their combined stance on the sector? 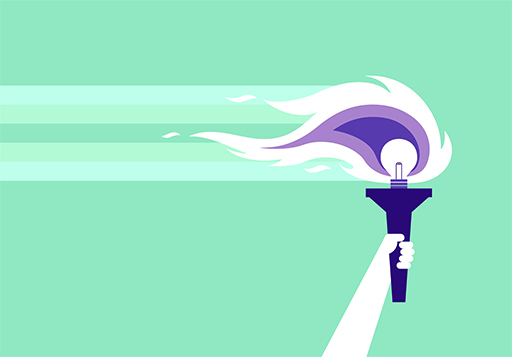 Good leadership is vital, especially in times of such unprecedented, long and drawn-out change as we are seeing in community pharmacy.

But just what are the CEOs at the Pharmaceutical Services Negotiating Committee, Royal Pharmaceutical Society, Company Chemists’ Association and National Pharmacy Association – several of them bringing perspectives from industries outside pharmacy – planning when it comes to championing the sector and building new relationships with the NHS?

Collaborations at the CCA

When Malcolm Harrison took over from Nanette Kerr as CCA chief executive in March he brought 20 years’ experience as a former Boots pharmacist and regional manager to the role – most recently leading the Community Pharmacy Future programme testing new pharmacy services – and spoke of his intention “to build up the capability and capacity” of the organisation.

Having a collective view across the profession is also on his list, and Mr Harrison says the CCA plans to work closely with other pharmacy bodies such as the PSNC, RPS and NPA.

“We know that government is quite keen to work with representative bodies and trade associations”, he says, and “while there is a realisation that we may sometimes represent different views and different points of view, we have an awful lot in common – and why shouldn’t we work together on things? It’s important that we recognise the similarities, rather than focus on the differences,” he told P3.

A key item on everyone’s agenda, including the CCA, is the future prospect of negotiating a new contract. “The time is right to refresh the pharmacy contract in England”, says Mr Harrison, but acknowledges that “with contractual change the difficulty will be getting from A to B. Everyone knows where you want to get to but it’s about how to get there.”

PSNC welcomed its own new CEO in May, when Simon Dukes brought more than two decades of working in the UK public sector to bear on the world of pharmacy, latterly as CEO of the UK’s Fraud Prevention Service, Cifas.

Unsurprisingly, it didn’t take him long to speak out about an NHS that is “bursting at the seams”, despite the input from what he called the “fantastic resource available to it in the shape of community pharmacy”, and he too called for a contract that “properly facilitates” patients, especially those with long-term conditions, to be “supported by making full use of the pharmacy network”.

So how is he leading this charge? “At PSNC our job is to get the best possible deal for community pharmacies, and during my first few months in the job I have been focusing on a number of things that I hope will enable us to do that,” he says.

“Central to my approach will be collaboration, and that will particularly apply to the negotiations with HM Government. I don’t believe that you can negotiate with people you don’t know, so I am focusing on rebuilding working relationships with HM Government, and that means working constructively with NHS England, the Department of Health and Social Care and everyone else representing Government.

“I am also extending that approach to working very closely with the other pharmacy organisations and am in regular contact with the chief executives of AIM, the CCA, NPA, PDA, RPS and others. As leaders representing the many parts of the community pharmacy sector I think we can achieve far more by working together,” he says.

Indeed, Mr Dukes is extending this collaborative approach to the pharmacies PSNC represents, and to LPCs. He says he has travelled more than 3,000 miles in his first three months at PSNC visiting community pharmacies, and is calling for “communication to flow in both directions”, encouraging community pharmacists to contact him (at chiefexec@psnc.org.uk) to share “thoughts, ideas and concerns”.

Building links at the NPA

Recognising that a leader must have “a deep understanding of the industry they are working in … the threats [as well as] the opportunities”, Mr Lyonette has also been hitting the road to meet independent pharmacy members, and says: “it’s been a fantastic couple of months listening and learning from so many.”

He is too believes “we will achieve much more for our members working together with others than by ploughing a furrow all of our own”, and says he has “made it a priority to build relationships with other pharmacy bodies, government and wider health service stakeholders”, adding: “Working with our Board and management team over the next couple of months I hope we can distil the wide range of member needs to form our key priorities, and set out a clear strategy for the NPA that sees us serve members even better moving forward.”

New leaders at the RPS

Paul Bennett has already had a year in post as chief executive of the RPS, and is yet another leader building collaborations at the vanguard of the sector, along with president Ash Soni and national board chairs.

When he joined the Society in July last year from his position as chief officer of the Hampshire and Isle of Wight Local Pharmaceutical Committee, he said one of his “highest priorities” would be “engagement with members”, because of his belief that “an influential and effective professional leadership body listens to, and is responsive to, the voice of its members”.

The organisation has welcomed several new faces this year. For example, “working with and for RPS members” is Ravi Sharma, appointed as the new RPS Director of England this July. Accountable for national policy development, professional advocacy and member engagement across England, in partnership with the English Pharmacy Board (EPB), his task is to drive professional leadership for the pharmacy profession in England.

The RPS team has also been added to in recent months through national board elections for England and Wales. The youngest ever member of the EPB, Thorrun Govind, is a vocal proponent of the profession, as well as of the responsibilities of those who wish to establish a collaborative leadership approach within the profession.

She comments: “I strongly believe that if you make a collective decision and you’ve all supported each other to make it with the best information available to you at the time, even if you have to revisit it that’s not a sign of weak leadership. Good leadership takes collaboration but it also takes flexibility; rigidity is not the sign of a good leader.”

Ultimately, it takes a range of characteristics to make a good leader, but this diversity is not restricted to individuals alone. In order to progress effectively, organisations need diversity of people, and of thinking.

Equally, as someone who didn’t start out working in pharmacy herself, she calls out naysayers who query the suitability of leaders from outside the sector.

“The risk is that people say you can’t do a good job unless you’ve worked in a field, but I don’t think it’s true. My own personal experience was of course there was pressure to perform, but you get that in any chief executive job wherever you go. I think the scrutiny on chief execs is there whether you are from the industry or not, and the pace is on for everyone to make a difference for the good of the profession and the public. Industry knowledge needs to be weighed up against transferable skills.”

Ms Gordon says the bottom line is that “you need to be able to take stakeholders and members along with you whilst also doing the job you are asked to do. My approach was to look at the bigger picture and look at relationships that were essential to collectively make an impact while being true to your body’s members and the mandate you’ve been given as an organisation.

“If the aim is to make the biggest impact for patients and pharmacy then collaboration is critical. Find key stakeholders that make your business thrive, understand competitors and find a way of working in the sphere overall whilst being true to your own cause.”

To this end, she says organisations should be selecting leaders who are “the right person for the right job”, as well as “encouraging more women to take up senior posts across the whole of pharmacy”.

“There is so much at stake, and so many improvements to be made in healthcare, so it’s fantastic that pharmacy has secured great quality leaders across these organisations”, she adds. “My mantra is that if you keep the patient and the public at the forefront of your mind, coupled with what you need to do to satisfy your obligations to your members, then that will serve you well as a leader.”