Community pharmacists have a lot to offer primary care networks (PCNs). They just need to be persistent in seeking a way into these nascent NHS organisations, which are still in a learning phase, agreed participants in a ‘P3pharmacy and Numark in conversation’ webcast on 24 November.

Challenged by an audience member about pharmacists being gated out of PCNs ‘as usual’, GP and clinical director at Newham Central 1 PCN Farzana Hussain said she understood the frustration. “As GPs, we feel locked out from hospitals and that they are never listening to us,” she said. “This sounds so basic, and when we are under pressure, and in the pandemic, it is even harder, but you guys can help so much, so please reach out. Knock on the door because it is probably open. But if you find a locked door, there will be another that is unlocked.”

Dr Hussain said she was fortunate in her PCN in having local pharmacist Jignesh Patel as her community pharmacy lead “but he doesn’t work alone”. Pre-Covid, Mr Patel organised all the community pharmacists in the local network to attend a PCN meeting, where they’d been paired with local GPs on a walk to start the conversation.

“We need to talk about funding, but there are other resources,” she said. “The learning that came back from those initial discussions in pairs included insights into how repeat dispensing could save time for GPs and pharmacists, and about how to improve communication.” She was pleased the point had been raised. “Unless we bring up the problems, we can’t find the solutions.”

Ruth Rankine, director of the PCN Network at the NHS Confederation, says the 200 PCN clinical directors they are actively engaged with feed through examples of what is working well locally. “We have two pharmacists who are clinical directors on the PCN Network Board who are good at reminding us about community pharmacy and that primary care is not just about general practice.

“Do I think we are doing enough? No, I don’t. We are a relatively new network – we were only three months in when Covid hit – but in some ways, Covid has helped a lot in pushing people to think outside the box about the relationships they could have, and community pharmacy is part of that.”

Knock on the door because it is probably open. But if you find a locked door, there will be another that is unlocked

Ms Rankine suggested the PCN Network could co-produce briefings with pharmacy to showcase what people are doing locally. “This is not about PCNs operating in isolation,” she said. “PCNs work as part of a system and that system includes a range of providers. Unfortunately, the contracts are not helpful in promoting collaborative working, because everyone has a separate funding stream. There are benefits in making sure the public gets to see the professional that is most appropriate for their needs, but there is always a funding stream with that. Where that’s outside of the primary care network then that’s in some ways seen as a loss of funding to the network. The enablers aren’t there to support the approach we’d like to see.”

Ms Rankine explained that she hears the same concerns about access to PCNs coming other players in the system, including acute, community and ambulance trusts. The clinical director role is funded, but it is the equivalent of one day a week, so the issue may not be that they don’t want to talk – it could be one of time. “Every PCN should also have a PCN manager, so if you can't get a clinical director, find out who the manager is,” she said. “They have a key role at a strategic level in building relationships.”

Waqqass Sheikh, whose Everest Pharmacy group comprises four pharmacies in Greater Manchester and Lancashire, says community pharmacy has to be willing to engage locally. “Nobody is going to open the door and invite pharmacy in. We’ve been knocked back many a time in the past 12 years, but that’s not stopped us. We’ve asked for invites to practice meetings, we’ve asked to understand the QOF system. It’s about perseverance and believing in the benefit of a joined-up approach.

“My message would be to keep on knocking. There’s a momentum of goodwill and value that’s been seen in community pharmacy during the pandemic, so don't lose this opportunity because it may never come again. The pandemic has made it easier. The GPs are ringing up saying ‘I'm just going to send this patient, can you look at this rash for me',  because they've seen the clinical value.

“Yes it does come down to funding, but you can’t quantify everything in monetary terms. You have to look at the strategic long term, and for community pharmacy that is to be part of the solution, and to do that we have to work together.”

Mr Sheikh liked the concept of a ‘reset’ and thought community pharmacy should adopt some of the thinking that’s driving the NHS Confederation’s campaign (see box, left). “We can’t go back to the way we were working,” he said. “We need to build on what we’ve achieved. We talk about the theory: we can do this, we should do this. Covid has shown we are more than capable.

“In this pandemic, everything has happened quicker: there’s less regulation, things have been done that have never been done before. There’s huge potential to build on that. We have to be the change we want to see. On a local level, it’s early days with the PCN, but what I like about the principle of a reset is not to lose this once in a generation chance to do something different to benefit patients.”

Jeremy Meader, managing director of Numark, agreed. “Fundamentally, most pharmacists see Covid as being an opportunity to demonstrate what they are capable of doing, and they are very much hoping that capability is recognised in the future. The challenge is how we make better use of existing healthcare infrastructure to improve outcomes for patients, and at the heart of that approach should be community pharmacy.

Praising developments in Scotland and Wales, Mr Meader hoped a reset would be an opportunity to go way beyond what has gone before. “The fundamental problem is it has to have sustainable funding in the future.”

What is NHS Reset?

NHS Reset is an NHS Confederation campaign to shape what the health and care system should look like in the aftermath of the pandemic.

Galvanising members from across the system, it aims to:

The terminology is important and the Confederation does not want to use the word 'recovery'. It wants to draw a line in the sand, and not go backwards.

The thinking is grouped around 10 themes: workforce, health inequalities, mental health, governance and regulation, restoration and recovery, integration and whole system working, economic and social recovery, best practice and innovation, social care, and a new relationship between the NHS, public sector and their communities.

More importantly, NHS Reset has key asks around honesty and realism about the impact of Covid, the need for additional funding, a lighter touch approach to regulation with a more adult to adult  culture and less bureaucracy, building on collaborative examples to integrate health and care, and tackling health inequalities.

Further information, including a range of supporting and briefing documents, can be found on the NHS Confederation’s website here. 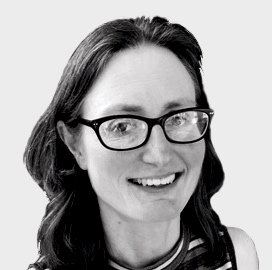